How much do you know about the history of gears

As early as 350 BC, the famous ancient Greek philosophe […]

As early as 350 BC, the famous ancient Greek philosopher Aristotle recorded gears in the literature. Around 250 BC, the mathematician Archimedes also described in the literature the windlasses using turbine worms.
The gears from BC are still preserved in the remains of Katsfern in Iraq today, and the history in our country has a long history. According to historical records, gears have been used in ancient China as far back as 400-200 BC. The bronze gears unearthed in Shanxi, my country are ancient gears that have been discovered so far. As a guide car reflecting the achievements of ancient science and technology, gears are used as a guide. The core mechanism.
During the Italian Renaissance in the second half of the 15th century, the well-known all-rounder Leonardo da Vinci not only made indelible achievements in the history of gear technology but also in culture and art. After more than 500 years, the current The gear still retains the original sketch at the time.
It was not until the end of the 17th century that people began to study the shape of gear teeth that could correctly transmit motion. In the 18th century, after the European Industrial Revolution, the application of gear transmission became more and more extensive; first, the development of cycloid gears, and then the involute gears, until the beginning of the 20th century, involute gears have already occupied an advantage in applications. Later, they developed shift gears, arc gears, bevel gears, helical gears and so on.
Modern gear technology has reached: gear modulus 0.004-100 mm; gear diameter from 1 mm to 150 meters; transmission power can reach 100,000 kilowatts; rotation speed can reach 100,000 revolutions/min; the highest peripheral speed is 300 m/s .
Internationally, power transmission gear devices are developing in the direction of miniaturization, high speed, and standardization. The application of special gears, the development of planetary gear devices, and the development of low-vibration and low-noise gear devices are some of the characteristics of gear design.
Yuhuan FaShiEr gear Co., LTD is located in Yuhuan-China automobile parts production base.The company is a professional manufacturer of the various precision forging differential gears, with all kinds of mechanical processing equipment, more than one hundred sets, such as 300 T to 1000 T double-tray friction press machine, CNC machine tools, inside and outside round grinder, broaching machine and heating treatment furnace equipment. The company has passed ISO9001:2000 and TS16949:2009 quality management system. 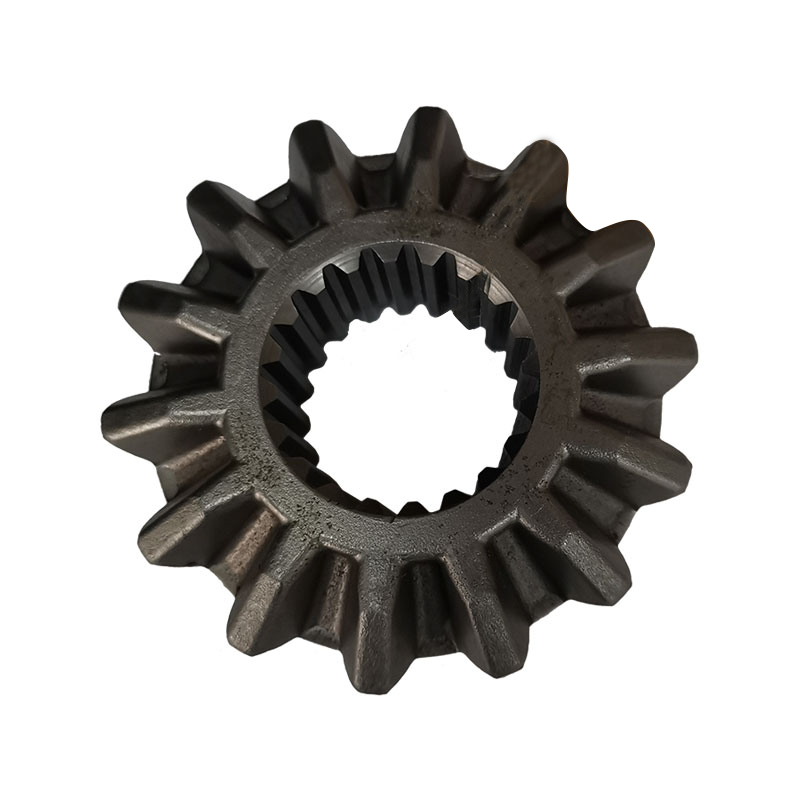